Submarine is a beautiful little film and Oliver Tate (played by Craig Roberts) is the teenage narrator. Selfish, deceitful, self-aggrandizing in the extreme, he somehow manages to win you round by the end. Maybe it’s his tenderly pained expression when the people around him fail to realise his ‘genius’. 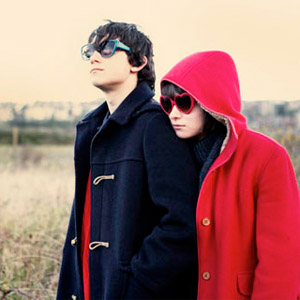 He enjoys re-casting memories as Super-8 montages in his head, and listening to bad French jazz while lying on his bedroom floor. He had a “sh0rt-lived art phase” and is madly in love with Jordana Brevin, played by a gracefully cutting Yasmin Paige. She stomps about childishly in a red duffel coat – the accidental chic of someone who saves their pocket money. She also gives Oliver Tate some superb, knowing, long-held gazes while he’s saying stupid stuff. I love the Lolita glasses that she wears in his daydreams. She’s all red and black, and sort of barrels around, a lovely mix of thoughtful and clumsy, childish and scathingly grown-up. Yasmin Paige = my new favourite. 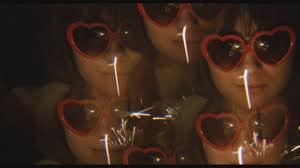 2 thoughts on “Secret Style Icon No.9: Yasmin Paige in Submarine”