I read that quote in an interview with a celebrity years ago… obviously it was a celebrity whose body wasn’t sylph-like enough to grace a magazine cover. A celebrity who had to avoid humidity because it made their hair go all bouffant. A celebrity with squinty teeth. And a mono-brow. 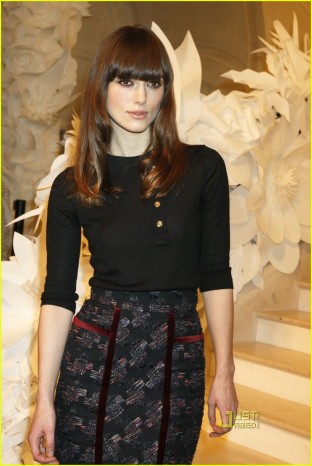 At that point I decided she was pretty cool and I’d probably hang out with her if she asked, say, that we stay in one night watching ER on video and putting our hair in French plaits (tricky). I was probably about 15, so ER was on a lot. But it also made me feel much, much better about my ongoing battle with self-esteem, deep in the depths of misery that was my mono-browed teenage years.

My thoughts were something along the lines of “Wait – she feels like crap? Then call the whole thing off, this is a SHAM. I’m never believing in anyone’s fairytale happiness ever again”. (Turns out the joke was on me, though, because Facebook was invented a few years later, thus propelling almost everyone onto the internet. And there we all live, extremely happily forever after, in a delightful carousel of weddings, babies, promotions and beach holidays).

It was that phrase – ‘a lifetime’s work’ that stuck with me. A lifetime’s work meant it wasn’t so bad that I handled so many things so ineptly. That I said magnificently stupid stuff sometimes. And that it was taking ages for my fringe to grow out. More than anything, it took away that glimmering ideal, the moment in my life (say, around the age of 27) when I would achieve perfection in all areas of life, have great skin, hilarious chat, and a wardrobe of silk and cashmere and high-heels I could walk in without walking like a duck.

At 15, this was a novel idea. This was the secret: there might not be a moment when I nailed it. There might just be more of the same.

This sounds dispiriting, but it was not. It meant that for every moment of feeling like an idiot, there would be many, many more moments of life to come, in which I would maybe not be an idiot in this exact way ever again. So, essentially, it didn’t really matter all that much. (The notable exception is reversing into other people’s cars, which is an expensive mistake that I manage to do, in the exact same way, over and over again).

The moment would pass and time would go on. Nobody would remember. And the less it mattered, the less it mattered, as Arundhati Roy says about something else entirely in The God of Small Things. But its true – self-consciousness, when left to its own devices, dwindles a little bit. And once self-consciousness was in retreat, I started to be able to be kinder, get over myself a bit, and notice more how other people seemed to be feeling. Which, you may have guessed, was not 100%-confident-at-all-times.

I still sometimes feel a horrified awe at remembering something I said or did (usually this is something that happened while I had a beer in my hand, during which times my guiding principle on any irredeemable course of action is ‘This is probably a terrible idea, but I’m going to do it anyway’). I still often see photos of myself and think ‘Do I seriously look like that? Why has nobody told me? I need to sort this mess out RIGHT AWAY’. But overall I try to ignore those feelings of mortification, learn from the errors, and remember that if the beautiful Kiera is still working on mastering her own life, it’s ok that I don’t have anything even remotely figured out. And she wore Raybans on her wedding day – she’s flipping cool.

Here’s my list of Things Celebrities Have Said which I try to remember when I’m feeling a little bit ropey. Celebrities = useful.

1. Marian Keyes, while writing about her battle with alchoholism, said that she used to think everyone’s outside was how they were feeling on the inside. Which made her feel like a monstrous failure in comparison – because they all looked so confident. So they must be confident, right? It took me a while to grasp that the loudest people may not be feeling the greatest inside (I mean, they might be. But it’s not a given). And that its actually more than ok to be quiet, too.

2. Adam Ant fact: ridicule is nothing to be scared of.

3. The endlessly quotable Caitlin Moran has given the world so much joy, but since I can’t just copy and paste her entire output, here’s two gems which may help when facing the mirror, mired in angst: “The idea that you need to be better than merely ‘human shaped’ – this inch-perfect toning […] a world where a size 12 is ‘XL’ – is another piece of what strident feminists can technically dismiss as ‘total bullshit”. Amen to that. And my personal favourite: “There are some women out there who are just going to look better with a mustache: that’s statistics.”

4.  Lastly, Oliver Burkeman, Guardian writer and self-help sceptic, wrote a wonderful little bit about the perils of Facebook and indeed celebrity lifestyle ogling, ending with the suggestion that “perhaps all we need is a technological fix, to display a message under every chipper facebook status, and as a permanent subtitle on numerous television shows: “Don’t forget, this person is barely holding things together”.