Oh hey downpour. Hey October. Glasgow is slick with rain and stoic under siege. But there are reasons to be cheerful. It’s Friday, which means for 9-5ers its time to let your hair down, get absolutely trashed and wake up on Sunday with only a few dim and alarming recollections. Don’t worry, you’re living life excellently! Here are some other happy things, which on this day are making Scotland’s driech weather a cinch:

I tend to go hunting for reduced food, which works out swell as long as you have a freezer – a recent haul from Marks and Spencers included scallops, rainbow trout and a whole free-range chicken.

I do this because I am chronically broke but love fancy food. Also because there isn’t much in this life as exquisite as getting stuck into a roast chicken with a knife and fork when it’s just out the oven, tender and hot and crispy on top. It feels a bit wrong, in an obscure way. A bit savage. But then again, amazing. As you were.

2. All the lyrics of The Magnetic Field’s 69 Love Songs. 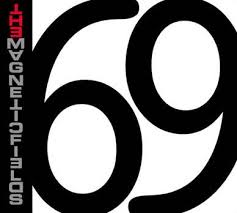 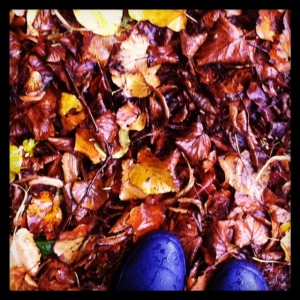 The day after I bought these purple wellingtons, I woke up to hear rain drumming on the skylight above my bed and was like ‘OH HELLS YESSSSS IT’S RAINING!!!’ The feeling didn’t last. But it was special at the time.

At work I take a lot of names and emails over the phone. My job is so boring that somebody once asked me if I was a spy, because surely I was covering something up with all this vaguely described ‘office work’. Yeah, I’m a spy. It’s not just that I do a lot of photocopying and sometimes, for a change, irredeemably break the franking machine.

The only little glint of glamour in my job is that I use the phonetic alphabet when getting all these names and emails, and oh, it is a beauty. It’s like some relic of a bygone age. An age of trenchcoats and speakeasies and all men looking like Clark Gable. Important business, telegrams, secretaries, all that sort of thing. I love it. Foxtrot, Hotel, India, Quebec. Scintillating. I recently discovered the Western Union Phonetic Alphabet which is even more romantic – it’s all Lincoln and Chicago, New York and Boston, Frank and Ida. Dreamy. There should be a detective series called Frank and Ida: they’d be a quarrelsome but equally brilliant duo who solve mysteries and eventually get it on.

I also routinely forget and make it up, which has led to ‘D for Dinosaur’ and ‘M for Maltezer’. One person rose to the challenge magnificently when I said this last one and proceeded to spell out his email entirely in the names of chocolate bars. I’m a spy.

In true feminist fashion (this is how far I will go for my beliefs) if I ever got married, I’m not sure that I would take my husband’s surname. UNLESS IT WAS AMAZING! Ah, who needs scruples anyway. More specifically, If I ever met a man whose surname was Macnamara, well, I would have to marry him immediately. This isn’t awkward to say, because I don’t know anyone with that surname. Yet.

Yeah, it rains. A lot. But also, we get to live in Scotland. 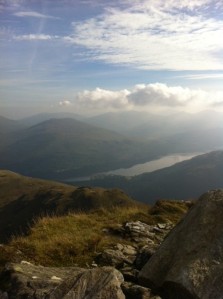 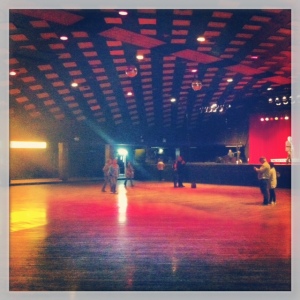 There’s a lot to be grateful for. Even when you’re drenched.