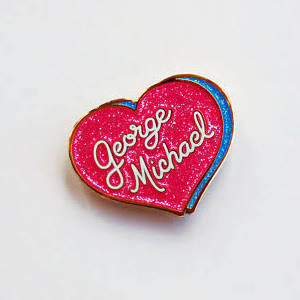 So this is Christmas.

We are divided, between those who are easily swayed by the mob mentality (Chrrriiiistmas they scream, eggnog drunk), and those who deem this season a massive waste of time and money.

I would fall in to the latter (because I hate spending money and group projects are the absolute worst) except this time of year just hits me right in the feelings. The MAGIC of it! I love it. Glitter gets everywhere. Everything smells of cinnamon. We fill the dark with sparkles. The same songs are wheeled out and dusted off again for another year. Bloody love it all. Add baubles, even better. 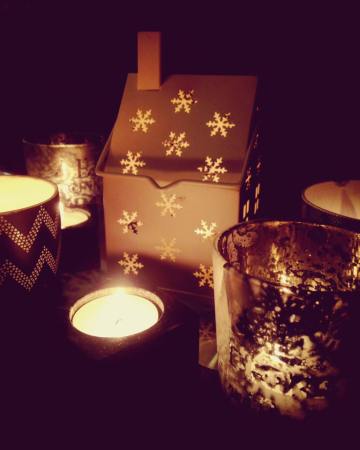 I see from the death-stares I receive when I’m being a bit too Christmassy, that the hate is strong at this time of year. I get it. In the spirit of goodwill, let’s be real. For some, family gatherings are Dante’s tenth circle of Hell.  Rituals can be claustrophobic rather than comforting. People fall out. Everyone is exhausted. The magic is missing.

I’ve had a bad Christmas before, after a rough year. I went into it totally unprepared, and cried from Christmas Eve through to New Year’s Day, the full works. When I wasn’t crying, I remember sinking into the sofa with a spooked look on my face, like I’d just realised everything was meaningless. My family kindly let me be The Feelings that year, and even invited me back next year, in a triumph of hope over experience.  So yeah, I get it. Maybe the magic is absent for you right now. You need a Christmas hero. Someone to remind you the world is actually secretly great, sometimes. I don’t mean Jesus (although he is a great lad, and would be perfectly up to the job, just ignore his judgemental dad*). I mean our other Christmas hero. It’s George Michael, ofcourse.

George Michael: the Man Behind the Wham!

George is a Christmas hero in the modern way, you know, with flaws, eviscerating honesty, occasional breakdowns (we like our heroes relatable nowadays, I believe). Trust, though, he really was one of the good ones. 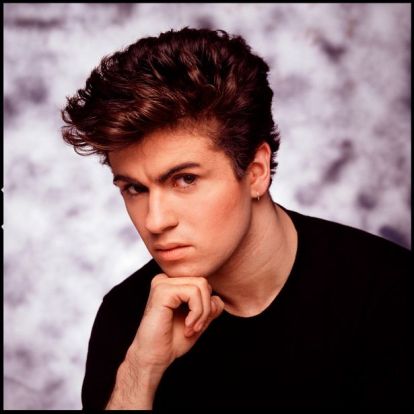 Firstly, he wrote one of the best songs of all time, Last Christmas. Now we get to live in a world that includes that song. The video – O! the video – should guide your festive style this season. Big frizzy hair, check. Going for après-ski martinis in the cabin, check. Wham! were that blessed combination: silly and talented. Being silly and being talented should go together, hand in hand, always, and never be without one another. 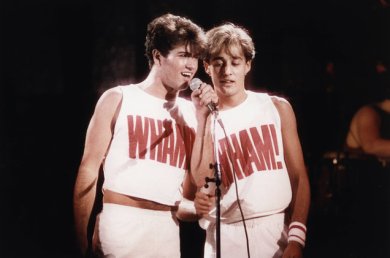 Then there was his generosity. After his untimely death last year, his quiet acts of charity and kindness came to light. From supporting the Terence Higgins Trust, to donating the royalties from Last Christmas to charity, to anonymously giving people money for paying off student debt and funding IVF treatment, he just trundled around making things better.

And ofcourse, there’s the scandals. What I love most about him was his frankly alarming level of honesty. After being caught for various misdemeanors (the Snappy Snaps incident was a low point) his response was essentially to say, yep, I did that. His answer to being arrested in America for a ‘lewd act’ in a toilet was to make a big sexy music video, re-writing the incident into a camp debacle, pretty policemen included. And I can see his point. In the context of our current despair that is 2017, it seems important to remember he wasn’t actually hurting anyone. He was dragged viciously through the gutter by the press in 1998, and I think the venom really came out because he was famous, rich, talented, gay and worst of all, lacking in shame. A riot of offensiveness! The nerve of the man.

He dealt with it in style, and gave a great big F U to the haters. He also said in interviews that he doubted his fans really gave a hoot about it, and I think he was right, and I give him props for knowing it.

I don’t think I even need to mention his extraordinary songwriting talent, but I’ll just say, he wrote Careless Whisper on the bus home from work when he was only eighteen. How many people have swayed to that song on a sticky dance-floor wearing only one shoe, wailing this song is about me. Too many to count. He gave us what we didn’t even know we needed.

When you need a quick break from tinsel and arguments, say around 8pm on Christmas Day, I recommend listening to the George Michael episode of BBC Radio Four’s Desert Island Discs, from 2007. His company is charming – articulate, caring, no-nonsense, honest, thoughtful. For his desert island luxury item, he chose short stories by Doris Lessing (another brutally honest type), and ran away with my heart.

RIP George. There won’t be another one like him.

So this year, if you need a little bit of guidance, a little bit of magic, make it the George Michael kind. I implore you to remember the people who left the world a much better place, and that there’s always going to be Wham! songs to listen to when you’re feeling low, and if George Michael can rise above all the meanness and hate, we can definitely try. Join me in a homage.

‘What’s with the outfit?’ your parents ask in dismay, as you sit down to Christmas dinner with a colossal perm and a very baggy mohair jumper. Malting purple fur all over the table, you brush back a curl from your forehead. ‘This is me now’, you reply, slightly wobbly about your choice but determined to style it out. Your earrings sparkle in the candle-light. ‘I’m Wham George’.

They call you that for the rest of the day (like its one word, whamgeorge, and they laugh properly, hands on their knees, unable to recover for a good twenty minutes).

Or, in honour of Wham! you could add an exclamation mark after your name, y’know, like:

*yerr, I stole this joke from the band with the greatest name in the world, Jesus and His Judgmental Father. I haven’t even listened to their music. I will now though.

One thought on “George Michael: My Hero”